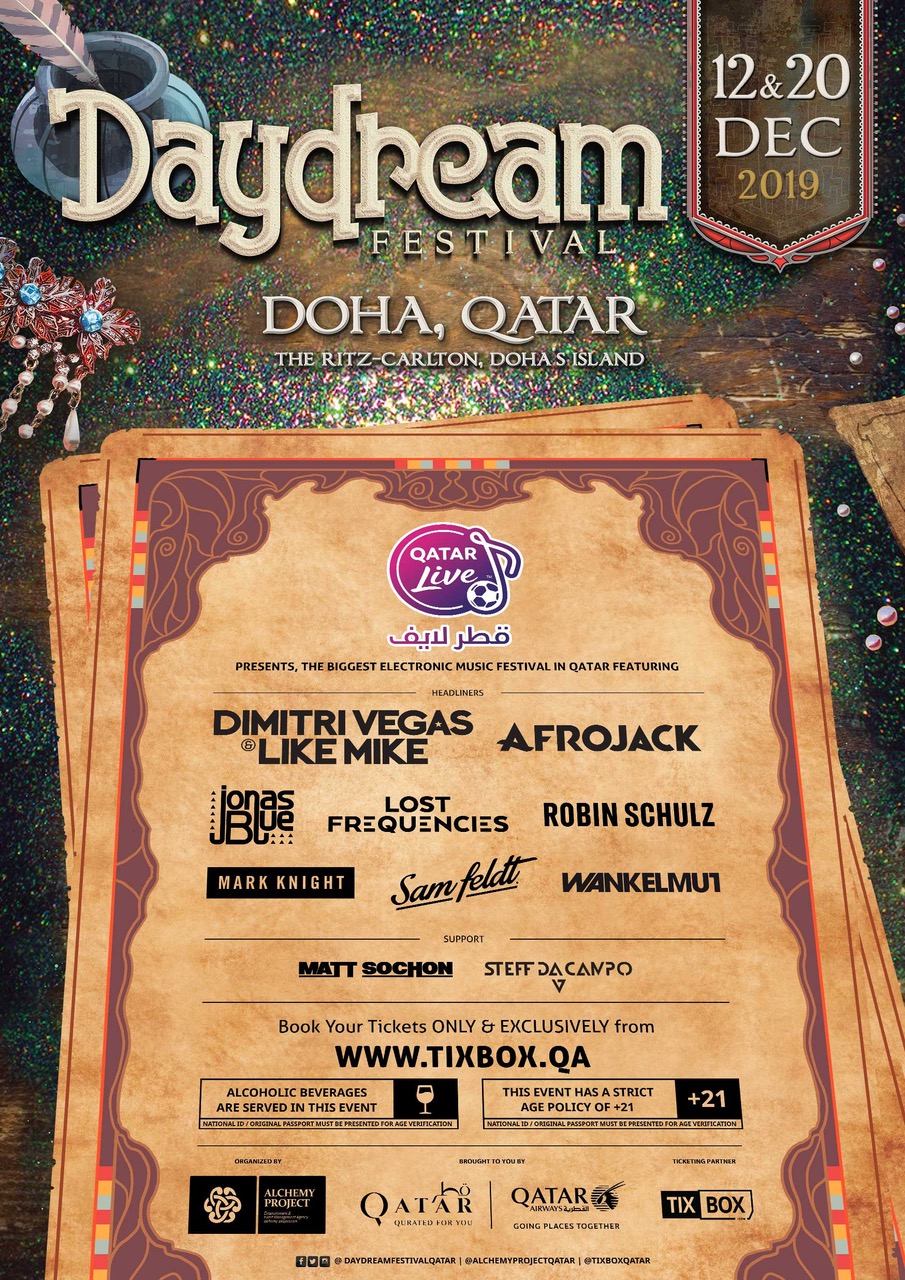 Qatar Live is delighted to present DayDream Festival to Doha on its first ever Middle Eastern Premiere, in association with Qatar National Tourism Council and Qatar Airways, produced by Par-T` and organized by Alchemy Project, DayDream Festival is set to perform on 12th and 20th of December 2019, at the Ritz Carlton Island.

At Daydream Festival, visitors enter a wonderful dream ! wander in a world where time has no meaning and dream with their eyes Open.

At Daydream Festival , magical thoughts are realized and dreamers, through the magic of music, are guided beyond  their imagination to places they have never seen before. Inspirations expand, boundaries disappear and together, with thousands of Daydreamers they can escape and create breath-taking memories, which shall never be forgotten.

Daydream Festival is known for its theatrical decors and good atmosphere and has been nominated as the best Newcomer at the European Dance Awards.

Daydream festival allows the visitors to let go of the reality and accomplish the feeling of having unforgettable daydream.

The Dream began in 2010 in a beautiful sanded lake in Belgium. The Festival editions grew rapidly and was able to become a bigger and better dream in no time. The search for undreamed tales and stories expanded to new territories and new continents …

Daydream festival has visited Netherlands, Mexico, China, Spain, Belgium and is planned to visit Doha/Qatar at its Middle Eastern Premiere Debut on December 2019 and Japan on 2020.

Tickets start from QAR 295 and will be available online ONLY & EXCLUSIVELY at www.TixBox.QA

Brought to you by: National Tourism Council & Qatar Airways