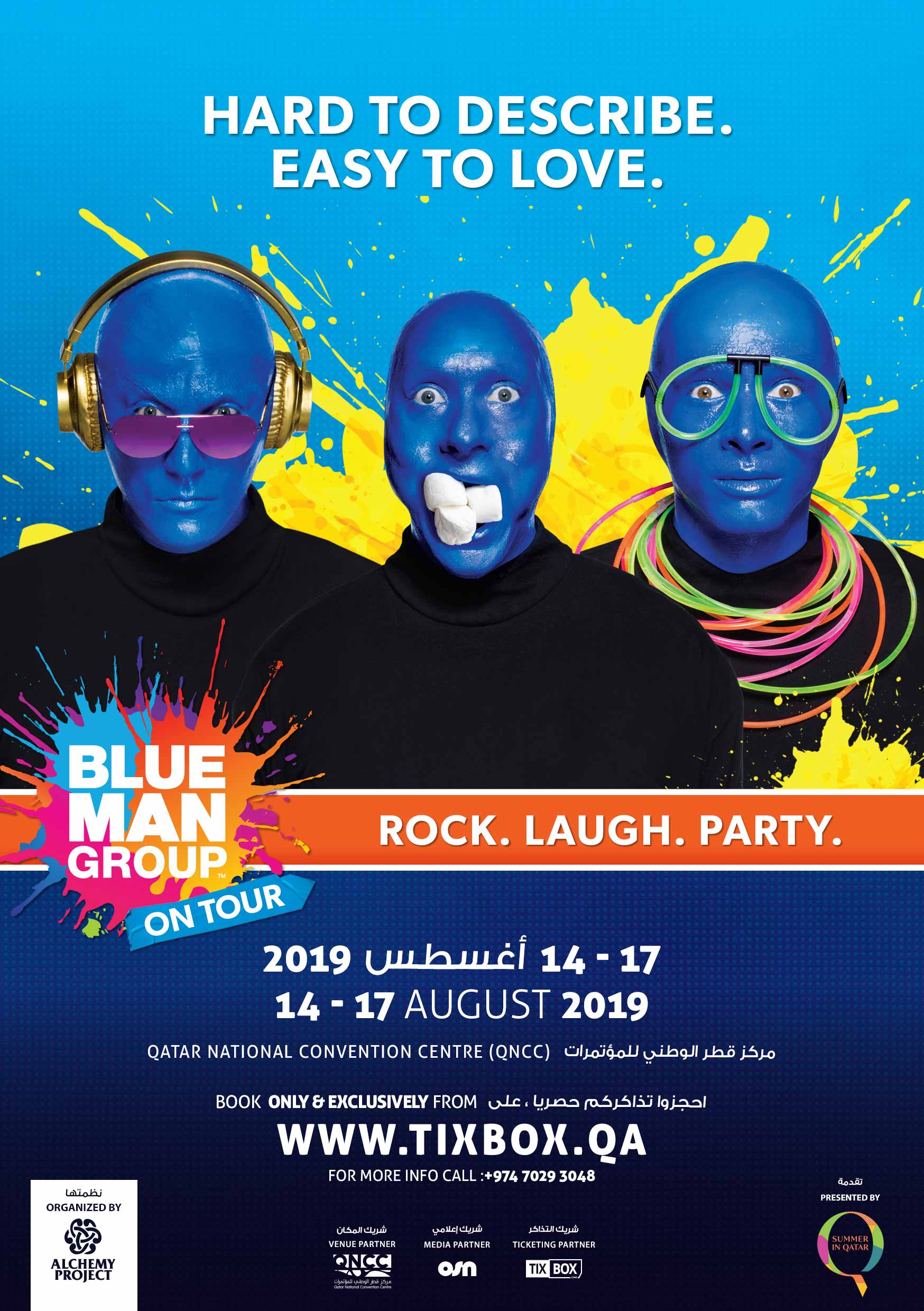 Alchemy Project & Summer in Qatar  are thrilled to announce that BLUE MAN GROUP, the wildly popular theatrical phenomenon, will be visiting Doha for the first time as part of a World Tour from 14th-17th August 2019. The award-winning stage show, known for its trio of bald and blue performers, will be performing at Qatar National Exhibition Centre Theatre (QNCC).

At BLUE MAN GROUP, audiences will rock, laugh and party as three bald and blue characters explore the world and discover music, comedy and surprises at every turn.

A part of the pop culture zeitgeist, Blue Man Group has appeared countless times on hit shows including Dancing with the Stars, The Tonight Show, Arrested Development, The Ellen DeGeneres Show, Schlag den Raab (Germany), WOWOW (Japan) and Caldeirão do Huck (Brazil). Additionally, Blue Man Group has served as the face of branding campaigns for Intel and TIM/Brasil.

Presented By: Summer in Qatar

Brought to you by and Organized by: Alchemy Project